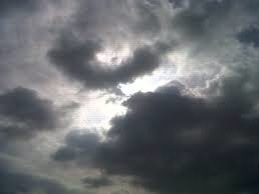 It marked two weeks since my homecoming, and I can wholeheartedly say the honeymoon period is well and truly over.

Ed was back in full force, the first time he’s had a mighty grip in awhile. And I realised; it affects absolutely everything else in my life.

I started my new job last Saturday and I love love love it. I wake up pumped to go to work each day. But yesterday I woke up in a nervy, stomach churning state and my first conscious thought was, Fuck.

I listed in my mind all I consumed yesterday and added up the calorie contents. I panicked about time, about fitting everything in that I had on my to-do list. I thought about the article I’m writing (well, need to start writing) for the newspaper about Everest Base Camp, and completely had a meltdown in doubting my ability to do a decent job. And this was all before I’d even opened my eyes.

Work was all good; nothing like a handful of rugrats to keep your mind occupied and distracted from dismal downers. But driving home at 2pm, I was suddenly overcome by the atrocious idea that I’d gained weight and I am ashamed to admit I burst into tears and sobbed my heart out.

Logically thinking, this idea was actually rather ridiculous. I mean, even if I’d been indulging in the worst of my termed “no no” foods, if I had in fact gained a ounce in the last 14 days it would be minimal and most likely unnoticeable. But in my mind I’d ballooned, and the rear view mirror worked to prove such thoughts to be true.

The twenty minute trawl home gave me time to calm the hell down and try to rationalise my thinking, but when I went to pick up Deb (last day having to car-share; info on the newly-acquired Betsy Hay to come) I fountained all over again. As soon as she got in the car I looked at her, my face crumbling, and it was like a drainpipe erupted.
“Muuuuummmm,” I wailed. And oh boy, I mean wailed. “I’m being overtaken.”

Here I’d like to point out that although this may as a whole be a horrendous hellhole for my mind to be back in, there was a plus. Rather than just be short, blunt and bitchy to Deb as a result of my Ed-Eaten mindset, l was able to be honest and open with her and tell her exactly what was going on.
I let myself feel shit and sad for ten minutes, then said, “Right, time to get the fuck over myself and cheer the hell up.”

I sussed my car insurance. Went into town and got some petrol, a new top and Deb a new pair of yoga tights. I went for a run. I made some Indian cabbage to keep in the fridge for when I was hungry. I edited some documents. Then I watched Embarrassing Bodies with the rents and James.

Just simple, mundane shit that I tried to be in the moment in. Did it work?

I mean, I could feel my boxers cuddily clutching my hips. Ed was consistently whispering worrisome woes. There was a bit of a battle raging inside. But I tried, tried my very best, to be light and happy and bouncy and bubbly.
So yeah, a front. But a front I want to try and make a true portrait of my inner self.

I went to bed and woke up this morning all sunny, poppies and rainbows.

Kidding. It was yesterday take two.
But instead of having a cry and feeling crap, I did yoga, went to spin and had a little run. I got dressed and didn’t dwell. And I went to work.

I may not be dancing joyously on the absolute peaks of the earth (metaphorically I mean, not literally like in Nepal) like I was last week, but there was a bit of half hearted toe tapping at a semi high altitude.

I have to say I am really disappointed in myself. I came back with such top intentions; be in the moment, continue to eradicate Ed, make and keep plans with people and stick to a yoga-filled routine. Unfortunately a fortnight back has proved this plan to if not fail, then not flourish as I’d diegesised.

Like I have to a degree. I’ve hung out with lots of my friends, but haven’t caught up with everyone I’d hoped to. I haven’t cancelled any plans for Ed-related or “time” reasons (actually I haven’t cancelled at all I don’t think). I’ve been impromptu and spur of the moment, but not to the magnitude I’d visualised. I’ve done at least 20 minutes of yoga on awakening each day, but haven’t completed the sequences I’d set out for daily doings.

But you know what? It’s ok. Things come up and life does get in the way. It’s how it goes. To be regimented in what I “have” to do and to do so at the detriment of being in the moment would be backwards in itself.
It’s finding the happy median. The golden mean. The balance. It’s holding Ed at an arm’s length so he doesn’t take over and engulf me. It’s day by day and step by step.
It’s not letting life get in in the way of being UltraPop, but it’s not trying to be UltraPop getting in the way of life either.

Each day as it comes. And be in it.

One thought on “Feeling: LIKE THE HONEYMOON IS OVER”