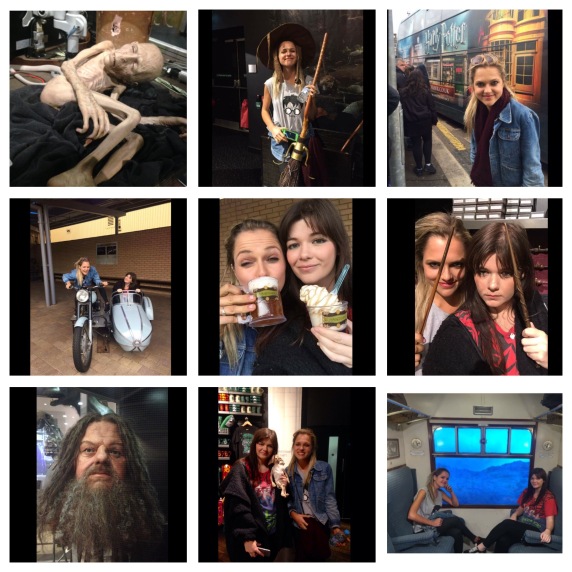 Feeling: SPELLBOUND
Out of all that was listed within my Europe travel scrapbook of plans and itineraries and what not (fuck up. I am ultra-organised, all right?) the ultimate apex was the one and only Harry Potter World.

When people say they like Harry Potter I fly into quiz mode. Oh really? How much? What number Grimmauld Place was the Black family home and the order of the Phoenix? (12). What number book was Remus Lupin a main character? (Three of course; if you can’t answer this automatically, shame on you). How old were the trio when they fought off the three-headed dog in the dungeons? (Ahaa, trick question – it was a troll in the dungeons; three-headed Fluffy was on the trap door on the third floor and they didn’t fight her off – “Snape” (which they later found out was actually Quirrell) had already charmed a flute to play and put her to sleep, and upon it stopping the H,H & R simply slipped through the trapdoor. Any even base buff knows that). 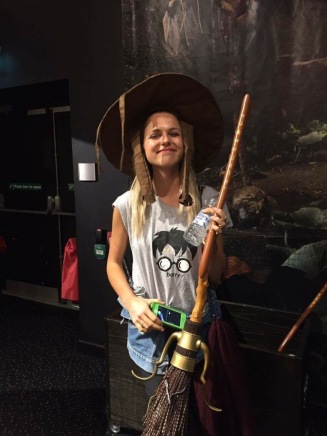 Suffice to say, I am a wee bit defensive of HP. I have been a devoted, well, devotee, since Aimee Crowther first brought the book into Mr Burt’s classroom in 1999 and he read it to the class (such a champ and did the best Hagrid voice, but only one pickle to pick; he pronounced “Her-my-oh-knee” as “Herm-e-oon”, and upon the movie coming out it took a long while for me to make the switch to the proper phonate). While we only got through to the first part of number two in our twenty minutes of read-aloud after lunch, I went straight to the library (“Hello Anneke, back again! Are you still rewallpapering your room?” – ongoing joke with the local librarians what with the number of books I took out and the resulting yards of receipting) and requested all available (at this time JK was only up to Azkaban tale telling).

So thanks to Aimee, I was on board early before the Harry hysteria largely took hold (I puff with pride upon looking at my own books of the series, all near-to-first editions with none of the new reworked – and not on point – covers of now).

No embellishment in the slightest, I have read the entire series 12 times, with number one through four a good 16 apiece. I have even read the series backwards (upon telling a lad this once he took it that I had read each book from final page to first – I had to set him straight as to that I had not done that, but admittedly it did sow the seed of a new goal in light of HP well rooted) from number seven to one, which I recommend all Potter pleasure seekers should do – it lends a lot of insight to the whole Potter plot that would most likely otherwise be missed.

Why do I so adore HP? (Aside from the obvious fact being that it is the best thing in the world, of course). Well I think I find a kindred spirit in old JK. (And in not JK-ing, I’m being fully Sirius). Perhaps my thumbing of the thousands of pages tens of thousands of times lends insight as to my somewhat kooky vocab, regular inventing of terms (I like to think of myself as a wordsmith, it must be said) and adoration of the odd, eccentric and sometimes downright wonderfully weird. Having Hazza in my life since the tender age of seven means he has also been a counterpart old chum, and not a half year has gone by without me at least once turning to the books. (And I must admit; I often find myself with my mind wandering to contemplate the plots. Honestly, I’ll be on the train or out for a walk and I catch myself questioning whether JK detailed when the first edition of The Quibbler was first distributed or what Cho Chang is up to now).

So when the news came out back in 2000 that the magic was to be made into movies, I cried in such elation as a new mother might with her firstborn. I begged Deb to take me to London to audition for the role of Hermione (Her-my-oh-knee, Her-my-oh-knee); I had bushy brown hair and rather large front teeth – who better to play her than not only a lookalike than a digit single (I.e., number one) enthusiast? (Alas, the request was a no-go and Emma Watson got the part. I always wonder if I would’ve won out should it been between me and her?). 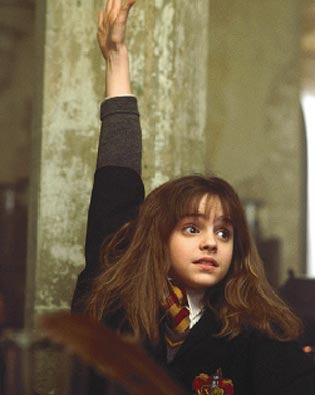 So of course, the movies brought me insane amounts of rapture. To see my Bible put to screen? Why, it was magic! Though I have to say I did find a lot of fault in the storylines (“George was wearing a blue jumper in the book!” I outraged, to the shushing by all others in the cinema). And the leaving out of many a detail did cut me deep (though I grudgingly admitted I understood the need to keep it to a formulaic time frame). Plus – although I adore Rupert – Ron did not fit his description as tall and gangly, Katie and Alicia – Gryffindor quidditch players – were merged into a single character and Sirius looked nothing like I had imagined. But the biggest burden to bear? 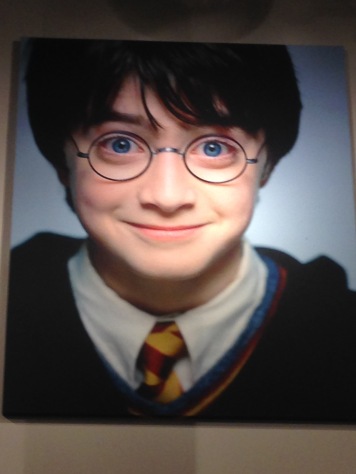 Fuck me, I hate him. And you know I never use “hate”. While I admit in philosophy (get it?) he is cute and what not, his acting is awful and I think Meryl Streep would’ve played a more believable part (but then again, she is credible in anything she plays). And from the Chamber and on it just got worse – where was his skinny physique? (Yes, he is small. But not lissom-ly lean as JK did say). His emerald green eyes, as inherited from the late Lily? (Blue-grey were NOT on point). And chocolate brown locks – although luscious – do not fit in with the whole sticky-uppy-jet-black-do.

Ahem. Apologies for that outpour. (As with most people, when it is something I truly care about and ardour I tend to get a bit impassioned).

But I loved the movies nonetheless (truly – I know the above doesn’t seem like it, but I genuinely do). So the idea I was to be actually in the birthplace of the pictures? (Nostalgic moment thinking of my Nanna – she always called the movies “pictures”). As I said, I was a human Berocca. And Christina was too.

We had on our tickets admittance of entrance at 5pm; being only 4.38, we decided to roam the gift shop. And Merlin’s Beard, we both unequivocally agreed that we would’ve happily parted with the 75 pounds just to see the shop.

Broomsticks. Scabbers soft toys. Wands, Marauder’s Maps and terrifically taking aback trinkets. It was a Harry Potter haven, and we pottered (yes, yes) about with our mouths agape at the possibly purchases. I was in agony – agony! – as I regretfully passed by the full-on Gryffindor robes (at 78 pounds apiece, it was unviable to vindicate getting some), the plushly stuffed Hedwig’s (one did sit on my shoulder for a fair while, I must say) and the figurine Dobby’s (Christina was most taken with those ones, on point for a pash). 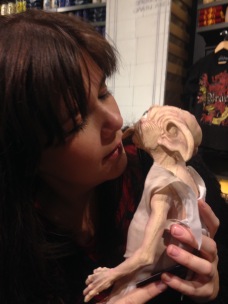 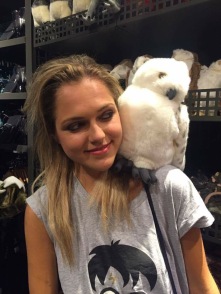 Then 5pm came and we shrieked out in merriment and went to line up.

I so – oh so! – do want to take you on a full play-by-play of each and every step through the wonder world we experienced but I shan’t do so for two reasons; one, that I don’t want to spoil the fun for you should you go there yourself one day (keeping the very first gleeful moment under wraps is like attempting to pack my bag with all my belongings yesterday – nigh on impossible) and two: this would be the longest, lengthiest blog post in all the land (yes, even more ongoing than my one on Hungary). So I have sieved and strained and gone all young Voldemort (you may not get that one, let me explain; riddled? As in both filtered and Tom Marvolo?) to only note a measly (or should that be Weasley?) handful.

So here we go. 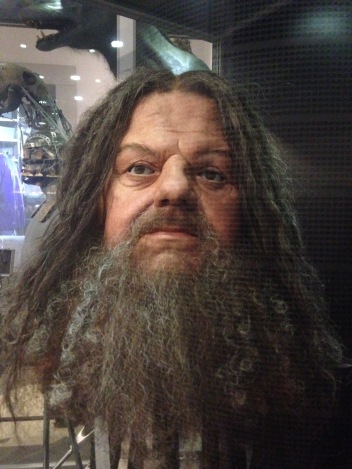 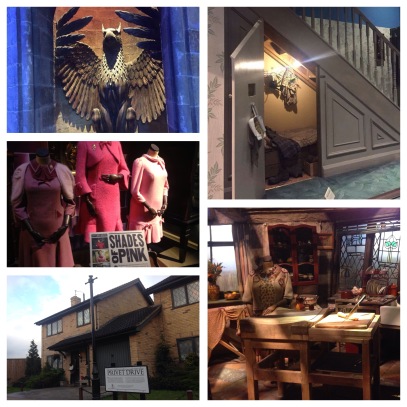 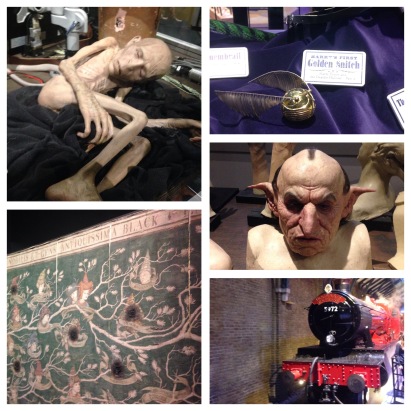 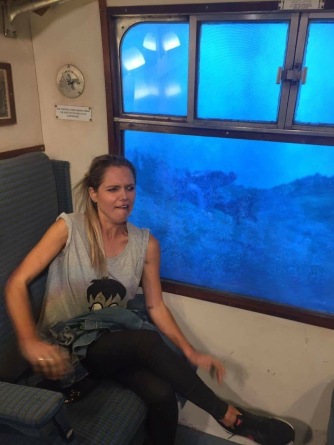 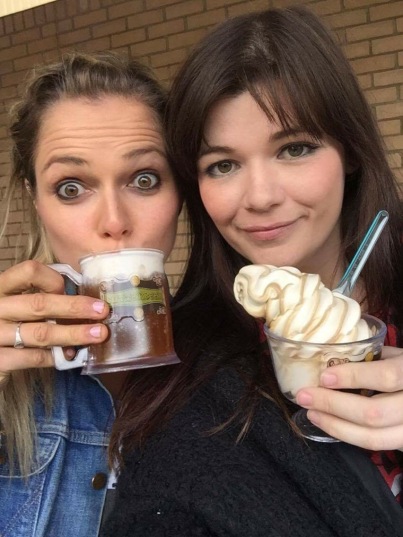 So, magical? Oh yes. Living up to my prospects and anticipations and hopes and fantasies? Why, yes, yes it did.

Harry Potter World, you were completely on point.

You lit up my life. Lumos!