I’m not the most cutting contraption in the cow-house.
Although I will admit I have a somewhat tad of talent in the academia arena, when it comes to common sense my share is akin to that of a coconut. I’m the first to raise my hand to concur I can be a dimwit, naivety is nigh in my composition and sometimes the dawning of things is somewhat delayed (did you know Spongebob Squarepants is a sponge, not a piece of cheese? Clue is in the name. I worked that one out after about eight years).
Pretty much, assign me an essay to write and I’ll get an A plus, but school me in the book of life and street wise stuff and it’d be a dismal D (at best).
But there is one area of which I am somewhat attune with.
Auras.
Not all the time; I’m not some all-seeing chakra decipherer who can “read” a person upon meeting and tell them they’ve never gotten over the death of their turtle in 1983 and they need closure with that before they can take to the next stage of their being. No. For the most part I’m dandily in my own world (usually writing in my head) and am rather oblivious to the going ons around me (I’ve made myself feel good here by declaring it as “pratyahara”, the withdrawal of senses and a major step on the pathway to Samadhi, but in actuality it’s more a case of me being a duncy dolt). But every now and then I get that thing we call a “gut instinct” and I am just totally tuned into strangers.
It’s happened on and off since I was a little lass, but it’s not something I share on the oft. I think even as a small Sheila I’ve always been somewhat in touch (ew; apologies for such an overused and gush-going phrase) with my spiritual side, I’ve just never really honed in on it. Scared of it? Maybe. A little guarded about what people might say? Absolutely. So for the most part I sort of shunt it away. But sometimes it is absolutely so overpowering, I cannot snub it.
In the last few years it’s only happened a handful of times. Twice in NZ, on a tuk tuk in India last time, once in Italy and another just two weeks ago.
Let me explain before you deem me as a voodoo verchant and pull out of this post.
Beaver and I were at this cafe (him having a hankering for garlic chilli noodles, me jumped up for a juice) when an Indian man approached us. Beavs had met said someone in Delhi in a hostel, and the man recognised Beavs’ voice and came over for a hey. The two started talking and I felt myself go gravel gelid (I.e., stone cold).

This guy is a really bad person. I just knew it with every ounce of my being.
I couldn’t look at him. Couldn’t engage in the chat. I could hardly even sip down my much-lusted after mango juice (this was before The Pedaller’s doctor’s advice, let me assert). I remained rigid and unyielding; even though my mind wanted to stop being so rude, told me to meet his eyes and use my manners, my intellect and body just wouldn’t allow it. The man (I can’t even refer to him as a lad, even now) kept trying to capture me in convo, asking advice on yoga and where I suggested he study, but I couldn’t even look at him.
“I need to get out of here,” I said to Beavs. My poor bestie had to chow down his spiced spaghetti and we chopped tracks.
I felt like I couldn’t breathe until we had paid, legged it down the ladder and were many metres away from the man. I apologised to Beavs, feeling insanely idiotic and moronic; there was no reason for me to be so damn dismissive. But my inner being just knew I needed to get away from him (the guy – even that was hard – not Beavs, let me clarify).
It made me think about Milan last year, when I was up at dawn to catch a bus to the airport (Harry Potter World was booked and awaiting, and there was NO way i ”twas missing my flight). I was waltzing along, iPod in, when all of a sudden my stomach seized and I sensed a stranger. Looking around, there was absolutely no one else on the street, but I just knew.
I turned my tunes to pause and upped my pace, eyes darting about to decipher why the onset of disquietude. It took about two streets before I actually saw the man about thirty metres back, his one step matching my two.
Hey, maybe I was wrong. Maybe it was one of those coincidental instances where two are headed in the same direction. But once again, my insides ignited and I started to sprint.
No mean feat with a 21kg pack on your back and an 8.5 one on your front (subtly lifted when weighed at the airport to make sure it didn’t surpass the seven carry on limitation). But although my emotions and brain and even my senses were shrouded in stupidity, my gut – once again, that instinct – told me to get out of there.
I didn’t stop until I reached my bus top and clustered in with a crowd of others.
I’ve always thought maybe it’s just a fear feeling rising for no reason, like my nerves telling me to do a fleeting flee irrationally. Like I said, I’m pretty naive and expose myself to a fair bit of vulnerability, so maybe it’s just a case of my sluggish self security kicking in with gusto and making me do a fleet-foot getaway?
But the other day in class we started discussing auras. A supposed emanation surrounding the body of a living creature and regarded as an essential part of the individual. Every alive thing generates energies and vibrations, and some others are in tune to picking up on these pulses and really reading the radiator (person, not appliance).
I felt a bit silly, but when the others had picked up all their pencils and vacated I asked the teacher if maybe my episodes could be classed as something similar. “Absolutely, my dear,” he said. “It sounds to me as if you are quite in harmony with interpreting certain people’s atmospheres.”
I was still a bit iffy. Still am, really. And I feel rather glaikit writing this all up. But after I left him and starting roaming back in time, I recalled many other instances where the same thing has happened. And not all bad; sometimes, I have just known without any modicum of dubiety that some people are truly beautiful on the inner. Special souls. And I’m drawn to them and their emanation.
As I’ve said before, my worldview has pragmatism and some skepticism as fair foundations. Although open to ideas, I don’t always embrace their essence. And I do feel like a total twat even telling of this.
But. In all honesty.
It sort of.
Makes sense.
(Plus I don’t feel so bad for making Beavs have to inhale his plate of pasta). 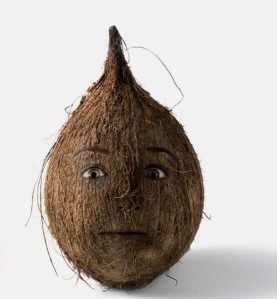