Sorry – thought I was done with Europe, but a few additions made their way forthright in my mind as I journeyed on towards Delhi.

1. One last time: Dutch (well in actuality, Swiss this time) are truly the smartest people. As we landed in Zurich, the screens on the plane displayed our arrival terminal, baggage claim carousel number, map of the airport and details of connecting flights (gates, times, what not). So we were all armed with required info before we got off (even though I did multi check every single display board I came across once out just to be certain). 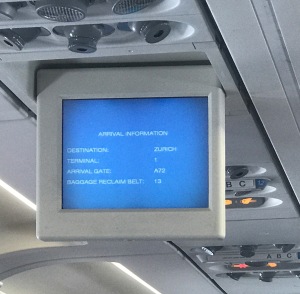 Like, why doesn’t every flight do that? Saves a mass clusterfuck at the other end and unsurity about where to go.

2. It was a mere hour flight, but we went across the top of four countries. (Holland, Belgium, France, Switzerland). It’s still something I can’t totally comprehend.

3. As a bit of a somewhat determined exerciser (if I don’t get my 60min plus of cardio on the daily I get a bit anxious), travel days always get to me because it sometimes doesn’t allow a walk or run in there. But having downloaded a step-counting app, I was astounded to see that mine and The Pedaller’s relocate from Girona to Buggenhout had me at 12,439 steps (7.8km). And today’s traipse up and down at Schipol had me at 5,000 steps by 8am, and a 4.48km by the time I boarded to head to Delhi.

Granted, I always do take the long ways round and choose steps and standard walking over escalators and such by choice, but it certainly calmed me down for today’s time consuming brothel.

4. One thing I froth on when overseas: seeing iconic products with the same label and packaging as NZ, just with their translated name. Things like biscuits, chocolates, what not. Here’s a “Milky Bar” wrapper for your own fizzment.

5. Everyone always approaches me in Dutch – I love it. I like to think it’s because I look Nederlanic; while in Holland that claim may not be totally the case (as it is the language they speak and therefore naturally approach all with it) when it happens in other countries like the Switz I can claim it.

6. Zurich airport is wonderful. Absolutely gleaming clean, all systematic and easy to navigate. Plus you can sit and watch (other people) or just gaze in awe (me) at all the planes parked up, landing and taking off. And I managed to hustle the wifi unlike last time! So got a chat in with Papa Henio and an update on The Pedaller’s movements (in the travel to Italy sense, not bodily; funnily enough his plane was delayed so we were boarding at the exact same time, just in Switz and Charleroi respectively).

And now I’m on the second of three legs (have a six-hour stopover at Delhi Airport before my air jet to Dehradun). Nice plane too, the Swiss really do it well. After a momentary lapse of sitting in 25D instead of 26 (once again, seat not sized bra), I got in my assigned recliner (if you can call it that, which – at the degree you can lie back on – you probably can’t) and set down to set out. (On the wing again).

(A woman then came up claiming my seat and thought I’d done it again, but realised she was looking at the gate not seat number on her boarding pass so all was well).

I had a real battle of morals; seated in the four-across middle bay, the girl sitting next to me had her friend in the seats behind (follow that?). I was in turmoil – should I offer to switch so they could could they sit together, relinquishing my much-preferred aisle? Or sit tight, keeping as is and thus keep them apart? By the time I decided it was a kindhearted move to make, they said thanks for offering but all was well.

And my road to the toilet for my copious weeing was clear.

I think old Swiss Air (“Let Swiss Entertain You” – love the Robbie reference) is having a Richard Gere-athon; a good seven movies offered to watch featured him as the main man. I almost went for Pretty Woman, but at the last minute saw Snatched and opted for some Amy Schumer. (By fuck, she is funny. This movie is hilarious). And when that ended I did do PW up until the iconic Rodeo Drive scene, and then Bend it Like Beckham as a fabulous way to meld my Western into Indian as I’m about to do on touch down. (Honestly, still one of my favourite movies; watching it I full on recalled going to see it at the movies with Mummy Deb when I was only about 11, and all her reactions and comments throughout it. “Doesn’t Jess have lovely eyebrows”; “Oh how lovely! It’s the boyfriend-coach and the dad playing cricket”; plus all the moments she found funny and had a giggle. Made me miss her). (Mummy Deb, not the fictional soccer-playing Indian girl).

And I have so many of these infographics to fizz on for the journey, so pumped. I mean, how interesting is it to see the split of night and day in the world?

And out of Europe!

(Seriously considered pinching the Swiss Air blanket to have a wee kip under in the Delhi domestic departures area, but decided – after three hours of to and fro-ing – that to do so would not be very yogi like).

(Feeling a little bit sad I’m not at home for The Neph Hank III’s first birthday today, but will get a FaceTime in whilst in Delhi I hope. HB to my favourite little man). 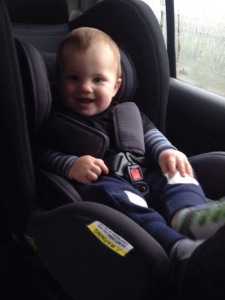