Feeling: THE MIRACLE OF LIFE (THOUGH A BIT LIGHT-HEADEDLY, IT MUST BE SAID) 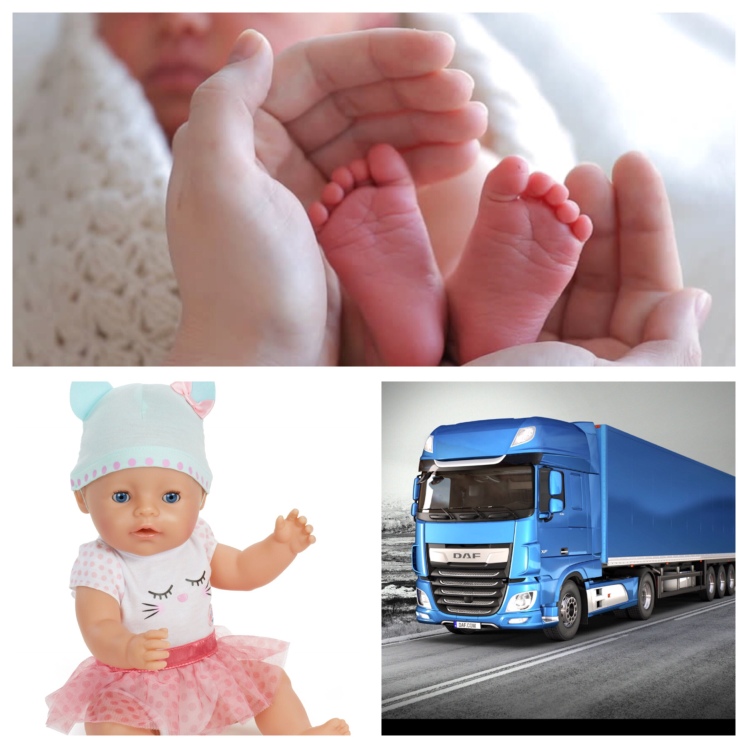 (Apologies for the doll pic: upon googling “baby born” it was the only appropriate result).

My best friend A and her husband B struggled a bit to conceive. A fair few years of fertility drugs and trips to specialist, with A undergoing anything – acupuncture, theories, eating certain things – to get that egg implanted. So when I was in India last year and she excitedly messaged me a photo of a pregnancy test with a very, very faint second line, my heart leapt but didn’t get too ahead of itself.

Two days later however, the verdict was in: A and B were “with child”, expecting the end of April, 2018.

I was insanely touched when A asked me if I would be present at the birth. “My dhoula,” she said. I was in, no qualms about it. I’d learnt good breathing techniques in pre natal yoga, and I had some fab positions for the different stages of labour to help pass a baby through the pelvis. I imagined myself some sort of serene, calming presence, guiding all and witnessing the miracle of life.

It wasn’t quite the case.

Whilst in Australia I was worried the little one (who we knew to be a girl) would decide an early entrance was the way, busting out while I was on the GC. But I had firmly instructed A that should it be the case, she was to hold close her legs until I was at Waikato hosp alongside her. Luckily, little BB stayed nestled in her little amniotic sleeping bag the whole time through.

It was beginning of last week when A messaged me to say inducing was going to take place the coming Saturday. Which on the Friday, was put off to Sunday. But on that last day of the week at 1pm, A and B were set up in Waikato Hosp with the balloon full of starting hormones securely, um, embedded.

I arrived at about 4.30pm, ready to do it. But the thing about inducing is that it can take any range of time from a few hours to a plethora of them; there was nothing happening yet. We played cards, went through the bag crammed with baby clothes (a good 14 outfits, just in case) and I took B to get Burger Fuel for himself and his future baby mumma. Best fuel ever to push out your first offspring? Bacon Backfire complete with kumara chips, of course.

I left about 8pm, telling A once again to keep it in until I could get there after my yoga class the following evening. And good friend she is, she did – though I feel that maybe wasn’t a choice in the matter. I walked into the delivery suite at just before 8pm on Monday evening to find A’s mum, B’s mum, B and a very epiduralled up A, who immediately informed me, “I take it all back; this shit is agonising.”

And the waiting game continued.

With having a few complications here and there along the road to the open, she had a few machines going on. Lots of beeping and blaring, but it was brill because it meant we got the biggest room.

And at about 11pm, the time came to push.

And push A did. The myriad of midwives (three in the room due to a few startles and a changing of shifts) kept complimenting her on her excellent ability. I’d like I say I factored into this, at her head encouraging her with insightful titbits and pranayamic wisdom, but – alas! – it ‘‘twas not the case. Rather, I was in the adjourning bathroom, sitting on the toilet (lid down, I’ll clarify) with my head between my knees.

And I truly think B’s mum was exaggerating when she said I was almost transculently white and looked like I was about to die – it was just a brief (20 minute or so) dizzy spell.

Luckily a breather of some fresh o2 outside got me back in the game and I was present through the rest (though I never shifted from the shoulder side of things, I must admit).

At about 12.10am, the decision was made that some salad servers were necessary. (I.e., the old forceps).

I cannot describe how calm A was as a good five more persons invaded the room and started prepping her up; disconnecting chords and explaining things and taking readings off notes. Especially when she was still up in the stirrups. But she took it like an absolute champ, telling the anaesthetist and OB and all else that had to get her to sign some forms that they do whatever necessary to help little BB into the world; “I just don’t want to see if you have to cut in.”

B got scrubbed up (in the necessary theatre attire I mean, not in the shower) and after all was in place, A was wheeled away.

And there she was. (A photo, A hadn’t given birth to a cellular).

When the (now) grandmummas came back in and saw the pic there was a flurry of phone calls and txts and frenzied chit chat. A, B and BB were in the theatre area still – C-section avoided, but mum and baby being given the once over – and very soon, we could all meet her.

And about an hour later, we did.

Back in the big room (yay), we were settling into our couches and what not as B had a shower, when suddenly the sound of a squeaky bed being rolled in alerted our – overtired – attention.

It was astounding to see this creature, so tiny and alive, that a mere hour before had been encased in A’s tum. This thing was a person, a real being, with little lungs and fingernails and a belly button, and yet just prior to that point in time she had never been in contact with the atmosphere (its indirect through the placenta, all right?).

After the grandmummas had had a cuddle, she was passed over to my arms. It just blew my brain – here she was, weight in my cradle, perfect little nose and unfocused eyes. She was real – and she was here.

I headed home about 3.45am, all sense of fatigue dispelled by the full on miracle I had witnessed. I mean, a baby. An actual little person. To be part of that process is such an honour I will always be thankful for.

A friend had told me that walking into a delivery ward is like stepping into a horror movie: the screams and gurgles of pain and distress rebounding off the walls, gory acts occurring behind the closed doors. But I heard none of that, not a peep. The only sound I came across upon stepping outside on one occasion in the early hours was one so miraculous, it truly warmed my heart.

The first cry of a baby just entering the world.

Sounds incredible gushy and what not, but life really is a miracle. (And how insanely magic is the female body?).

I messaged A the next day to see how the team was getting on. Lots of visitors, apparently. And, “I feel like a truck has driven into my [inappropriate word]”.

WTTW, little BB. You certainly made an entrance. 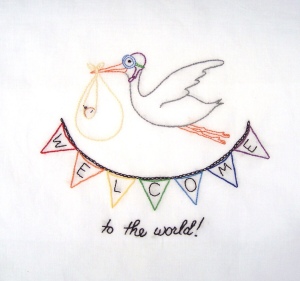